Is Internet opening up new horizons for gender equality?

Inspired by the many meetings about the future for women organised by Glocal Festival, we have decided that for us it is impossible not to write about such a relevant matter. 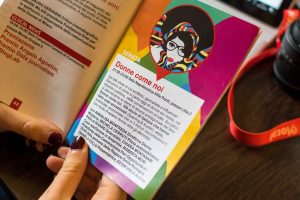 Not only is 2018 a moment in history in which we are getting closer to achieving gender equality, but it also is the anniversary of two history-changing laws approved by the English Parliament in 1918 . At last women in England were permitted to sit in Parliament as comfortably as men had always done all along.

Had it not been for suffragettes, though, these laws would have never been approved. They were the first recognition  for what English suffragettes had struggled for for ten years, including both moderate and militant wing. The first represented a reassuring leadership model, cautious yet resolute, whereas the militant movement let its reputation do the talking. Through provocative acts, it assumed the role to sensitise about women rights.

Having said this, what really matters is that the two groups were the opposite sides of the same coin. This suggests that also nowadays politics and people movements, also on social networks (one example is #metoo), should cooperate in view of this common objective, since one side needs the other one.

Needless to say, nowadays we have come a long way since women first got to vote in England and then after in Europe. There have been massive changes in terms of political rights and employment.

On the other hand, if truth be told, significant progress still needs to be made about salaries, sexual harassment, not to mention prejudices. Unlike the past, today’s activists can count on social media to get noticed by people. A whisper of one on the media can become a shout.

Nevertheless, this does not mean that the process of equality is bound to be quicker. Personally speaking, as a young woman, I do believe that some women activists are going down the wrong way. If we are to promote equality, we shouldn’t exaggerate by saying that women are even superior to men. The conspicuous number of feminists that are spreading this idea should realize they are making the same mistake men have made for years. We should be keeping to share stories of powerful and influential women, women just like us, as we are doing during Glocal festival, in which a significative number of women are holding meetings as speakers. Though, we should do this only if we want Feminism to be regarded as equality and not as a way to say that a woman is far better than a man just owing to her gender.

On balance, evolution of culture does not happen due to a hashtag, especially if it promotes something negative as women’s superiority. The effort of all parts of society, from politics to journalists, from the new generation and not, is needed to break prejudices which continues to hide the shape of us women. Just keep in mind this: once you have persuaded women to be better, it is almost unfeasible to go back. All in all, before shouting on social media we should reflect about what we want to stand for.